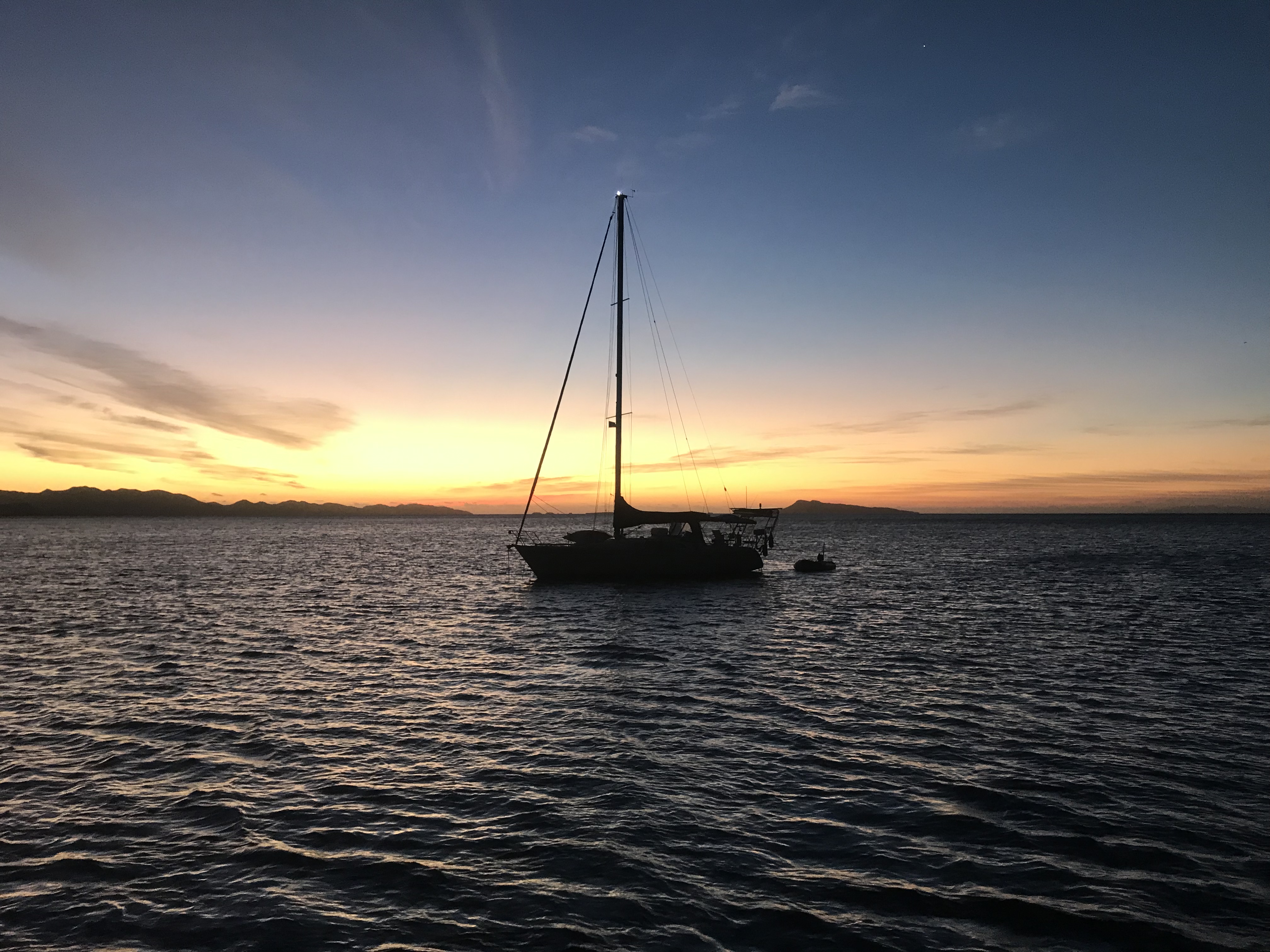 In the sunny locations we are now navigating in, we realized our power consumption is relatively small and lots of extra solar power could be harvested.

In typical mornings, our batteries are fully charged before 10am. Once we have recharged our laptops and other lithium-based equipments, we run the water maker for an hour or two to keep our tanks full. Comes noon and our 600+ Watts solar panels could generate lots more amps for us but we had no place to store them.

We tinkered around what we could be doing with this free energy we were essentially wasting. We thought about having lithium batteries to store it and then dreamt of induction stove, electric outboard or even an inboard Tesla electric motor to replace our good old Diesel engine. But until one generous donor presents himself (my grandpa once said it was rude to refuse a donation, so we are open to the idea 😉 ), our budget won’t allow us to go on the lithium path.

We explored converting the solar energy into another form: hot water. Although Ubi has a water heater, it generates hot water as part of the engine cooling system or under shore power. Both of these sources are not very practical for our lifestyle. We like to sail, so the engine is only working when we need it to: under way when the wind speed or direction is not aligned with our plans, or for a short time when we are maneuvering to anchor or enter/exit a marina. And we don’t have the cash flow to stay at marinas and get “free” hookup.

So the cruisers are left with a few alternatives: running a generator to produce the AC voltage for the water heater (we don’t have a generator and we wouldn’t want to use one), using a camping solar shower (a 5-gal container with a black side oriented towards the sun) or the good old kettle on the stovetop.

We wanted to find a way to use the excess energy from the solar panels to feed the heating element of the water heater but the math was not in our favor. We have a 1200Watts / 240V water heater on our made-in-FRANCE boat. We were hoping that a 12V DC to 240V AC inverter of 2000 Watts could bridge the gap but it would require around 100 amps on the 12V side, which would be more than what the solar panels could provide. The battery bank would be able to deliver this amperage (as it does for cranking this engine or operating the windlass) but it could not sustain this level of power for long. We wanted a system where the solar energy is almost directly sustaining the hot water production, i.e. without impacting the batteries. The 240V inverter was a non-starter and we had to give up… until the solution came to us. We could use the 110V AC inverter that we already have hooked up on board for our laptops and more, and use its lower voltage to our advantage in the hot water conundrum. By connecting the 1200W/240V heating element on our 110V inverter, we are actually feeding the internal resistance with half its normal voltage and half its current. This is due to the fact that the resistance of the water heater remains constant irrespective of its voltage, and to the fact that the wattage is the product of the voltage and the current (W=V.I). Therefore it would then act as a 300W/110V heating element. And it would therefore draw only 25 amps on the 12V system. This load can easily be balanced by our 600W solar panels. That is our current solution.

Of course the 4x difference in wattage has a direct impact on how quickly the water is getting hot, but it doesn’t matter too much in our case as we have plenty of free sunshine that would otherwise go to waste. From our early tests, a few hours is enough to bring the water of the heater to a hot shower temperature.

For extra comfort and safety, we installed a thermostatic mixer to bring the shower to a safe, adjustable temperature.

This installation is a low cost comfort feature which optimize the potential of our solar panels. We were lucky to have a French boat with 110V appliances. Other boat would likely need more complicated system with an lower wattage heating element or an electronic controller that would turn on the heating element intermittently to let the battery level replenish.

2 thoughts on “Hot water from the sun”